Transformers and Electromagnetics in the Toy Industry

With the holiday season upon us, people around the world will be celebrating with family reunions, lavish dinners and drinks, and, of course, for the children, toys. As technology advances and tastes shift, more and more toys are being produced with electric functions. The popular Hoverboards, for instance, make use of various electric components to power their unique capabilities. 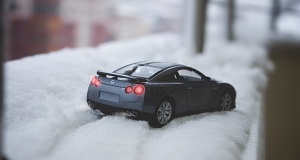 Electric Toys and Their Components

Electric toys cannot be discussed without mentioning Joshua Lionel Cowen, engineer, salesman, and grandfather of the modern electric toy; an electric train he created for New York City retail window displays in 1901 intrigued the public so much that they began asking store owners if they could buy the display trains. Originally run on wet-cell batteries, Cowen later redesigned the trains to run on a 110-volt electric transformer, thereby kicking off a revolution in the industry.

The market has come a long way since the Lionel train, but consumers continue to demand new, innovative toys featuring many of the same capabilities that intrigued consumers in the early 1900s: movement, speed, user interaction, and innovative design. Powering these toys are several important components, including:

• Electric motors and magnetics — Found in almost every toy that moves, motors power motion. Taking the electricity that a battery or transformer delivers to one end and inputting the electricity into a magnetic field, motors rotate an axle at the other end. This allows the toy part to move, whether it’s the spinning of toy train wheels or the vibrations of Tickle Me Elmo.

• Batteries — Batteries provide a mobile source of power, enabling toy planes to take flight and remote-controlled cars to give chase. Japanese tin toy robots were among the first battery-operated toys, introduced in the late 1950s and marking the shift away from wind-up toys.

• Transformers — Transformers are a key component in turning electricity into movement. Most toys and electronics only use 6-22 volts, but most power outlets in the United States deliver 110 volts. If a toy received full voltage, it would explode or catch fire, potentially resulting in injuries and accidents. This is where transformers come in, taking the high-voltage alternating current (AC) emanating from the power outlet and transforming it — or stepping it down — to the toy’s specific voltage requirement.

50/60Hz single-phase transformers are designed to work with both European power (50Hz) and U.S. power (60Hz), adjusting the voltage from what is provided by the line to what is needed by the circuit.

From the Lionel Train Company’s use of the transformer in toy trains to Atari video games and Teddy Ruxpin dolls in the ’70s to today’s robot dogs, transformer-powered toys make up a huge portion of the market. Here is just a quick look at some other transformer-enabled toys:

With good reason, children’s toys are subject to stringent safety and environmental regulations. Therefore, it’s imperative to take foreign and U.S. requirements into consideration during the initial design process. Some important standards include:

• ASTM F963 Toy Safety Standard — First introduced in 1986, this compliance became mandatory for all toys sold in the United States in 2008, and it is now considered the gold standard in product safety for toys intended for use by children under 14 years old. The standard includes over 100 tests, covering everything from flammability to electrical and thermal requirements. Testing must be conducted by a third-party CPSC-accredited lab, and products must be certified prior to being sold at retail. The full compliance guide can be downloaded on the
ASTM website.

• CE Labeling — For manufacturers considering exporting their toy products, CE labeling is paramount. This signals compliance with EU directives including the low voltage, machinery, EMC, and RoHS directives. According to the Low Voltage Directive 2014/35/EU, “low voltage” refers to devices using between 50-1000 volts AC or between 75-1500 volts DC.
• EN 55014-1 A1&A2 standards — Devices that may cause interference to radio reception or may be affected by electromagnetic interference must be subject to various safety tests.

To learn more about our transformers and how they can be used in your next project, contact us today or download our custom capabilities catalog.