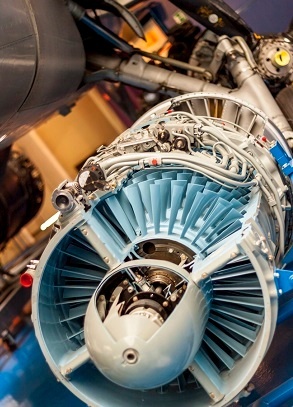 Electromagnetics in the Medical Industry

Electromagnetic components are utilized across medical applications in a myriad of ways. The medical industry today is quite reliant on electrical equipment, from nurses’ and doctors’ computers to heart rate monitors, all of which utilize inductors and coils.

A range of other uses exist as well, many of which are more direct. In diagnosis applications, electromagnets in electrocardiogram (EKG) and electroencephalogram (ECG) machines detect a body’s electrical currents, and MRIs — magnetic resonance imagining — use electromagnets to generate images of internal organs. There are even active hypotheses that electromagnets could be used directly as therapy for certain ailments, such as multiple sclerosis.

Electromagnetics in the Military

Though the image many people have of the military is rooted in World War II or the Vietnam War — eras in our military history that loom large in the collective conscious — new technologies are actually evolving at a very rapid pace, including those involving electromagnetics.

The electromagnetic environment (EME) is an important element of the modern battlefield. It ranges across the full electromagnetic spectrum, from frequencies used for radar and radio to visible, ultraviolet, and infrared light. Applications include jamming enemy signals, protecting allied signals, missile defense, and many more. Electromagnetics components for military applications have more tangible uses, as well, such as in high velocity electromagnetic rail guns.

Electromagnetics in the Aerospace Industry

Like the military and medical industries, electromagnetics components for aerospace applications are incredibly varied and diverse.

It starts with more standard applications: inductors, transformers, and other magnetics components. Because of the extreme environmental scenarios and mission-critical applications present in the industry, extreme precision and adherence to very strict guidelines are required. This essentially creates an entirely separate field of magnetics.

Another aerospace application for electromagnetics is the Electromagnetic Aircraft Launch System (EMALS) in development for the US Navy. It is very similar to a rail gun except, instead of firing projectiles, it helps to launch aircraft off of carriers.

One important area in which improvements are highly sought after, and in which Agile Magnetics is leading the field, are low loss electromagnetic coils. The importance of electromagnetics in medicine, warfare, flight, and space flight is driving a push to reduce iron losses in coils caused by ferromagnetic metal cores. Agile has pioneered electromagnetic coils wound using cores made of nanocrystaline, ferrite, other non-ferrous materials, or even air — that function reduce losses at higher frequency.

In our Air Core Coils, Agile Magnetics provides the highest quality coils which offer the lowest levels of loss available. Agile Magnetics also manufactures Custom Coils in a variety of dimensions adapted for the medical, military, and aerospace industries.

If you have questions regarding which magnetic solution is best suited for your project, contact our team today.